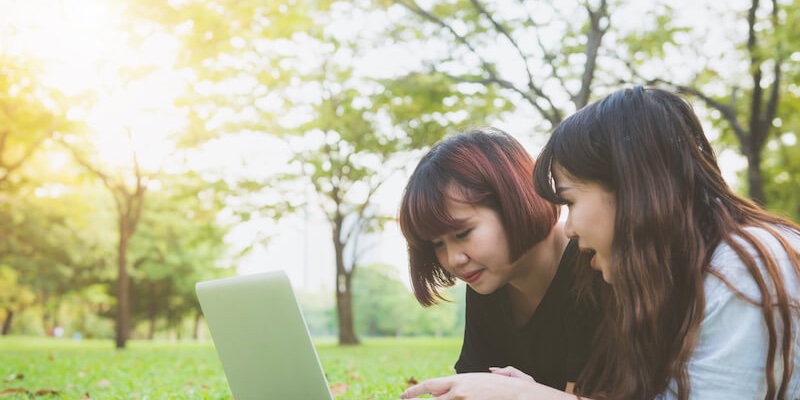 5 Well paid jobs for Computer Science majors. In most universities in Ghana and across the world, computer science is a popular major among tech-oriented students and professionals. This is no coincidence as there is high demand in the job market for professionals with programming skills.

This article about jobs for computer science majors will throw some light on five professional hustles you can take advantage of to earn a respectable living. Please read as I write.

As stated earlier, there are different career paths your computer science degree will make available to you. And this is why if you don’t make it as a programmer, or you simply desire new challenges, you’ll have a great variety of options available for you to consider and venture into, and this includes the professions listed below.

With the explosion of the world wide web and ecommerce into our daily lives, it’s safe to say that web developers will remain in business for a long time, despite the presence of no-coding content management systems such as Wix and the like.

Web developers are important because they build websites and keep them running. Much like the work of software engineers, web developers are responsible for the front-end work that is done on the actual interface of a web page as well as the back-end work which ensures that the site can handle the amount of traffic it gets.

READ ALSO  Top 15 Businesses That Make The Most Millionaires

Just as it is with all other developer roles, having programming skills is a big part of the job. However, soft skills such as strong communication are also a big deal since much of their work will be with clients who may not have a technical background.

While web developer roles don’t necessarily require a graduate degree, having that as well as some previous experience, can be a big plus for landing a job.

The role of a DBA or database administrator is to manage the systems housing the data of the company (s)he is contracted to.

A key part of the responsibilities of a database administrator is to structure their company’s important information in a manner that makes it efficiently accessible while maintaining the integrity and security of said information. For example, if you work at a finance firm, you are likely to set up or have to maintain a database server to oversee and manage customer transactions.

Database admins are important to a variety of industries so if your interest is in education, finance, healthcare, retail, or even the usual tech space, you can definitely get a role to play in any company within your industry of interest. Your computer science degree would give you a good mental model for how a database works, and from that, you can build up on your skills to be a specialist with sought-after competence.

Sometimes referred to as information security analysts, cybersecurity analysts are tasked with planning and implementing the security measures that their employer’s network and servers need in order to keep their data safe from unauthorized access.

Being analytic and detail-oriented is a personal attribute that cybersecurity analysts need to cultivate in order to be able to function in that line of work.

Aside what you may learn in network security while earning your degree, your career will immensely benefit from acquiring professional information security certifications such as the Certified Information Systems Auditor (CISA) and CompTIA Cybersecurity Analyst certifications.

The present in which we live and the future we are heading towards is dependent on data and trend analysis as it informs companies of the behaviours of their target market, and this is one of the reasons for which data science is one of the high-paying jobs for computer science majors.

Data scientists take and help translate data into something as useful as insight — which in turn informs companies and their product designers about how users view or interact with a particular product. Data scientists do this by building systems that allow for the collection, analysis, storage and utilization of data — often leveraging it to inform business decisions.

To succeed in this field, you need some math and statistics aside your computer science degree. And in view of the changes and advancement in today’s technology, you will also need your coding skills in addition to understanding algorithms as well as some machine learning experience.

The last in this list about high-paying jobs for computer science majors is the profession most commonly associated with computer science. The basic role of software engineers and developers is to write code. However, that is not all there is to it as there are other tasks included in the role.

Software engineering is so complex that it is broken up into different kinds of roles in order to help manage the task.