This Interesting Technology Could Replace All The Bad Roads in Africa 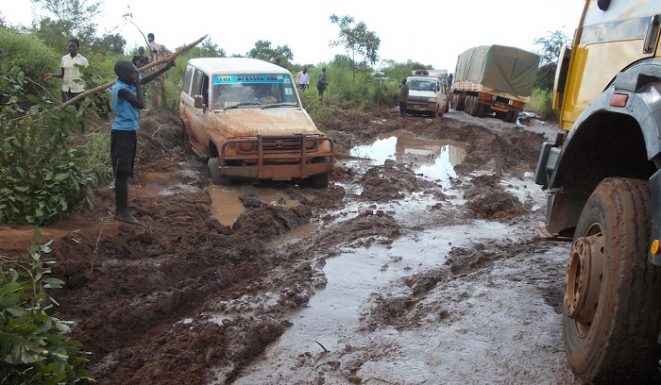 This Interesting Technology Could Replace All The Bad Roads in Africa. In many parts of Africa, 85% of roads are unusable during the wet season.

And even at the current level of investment to improve the continent’s road infrastructure, estimates show it could take Africa up to 50 years to catch up with the developed world.

This Interesting Technology Could Replace All The Bad Roads in Africa

Moving goods across distances is critical in Africa because lives depend on it. For example, because of bad roads, it could take several days to supply badly needed drugs and medicines to hospitals in rural areas.

But even well-paved roads may not be the ultimate answer to Africa’s transportation and logistics problems.

Modern paved roads are actually expensive to build and maintain, they have a huge ecological footprint, and can be often too congested in urban centres and high population areas.

The bottomline — roads, as we know them, are largely inefficient.

The truth is, roads and road transportation are ripe for a disruption.

And there must be a way to use today’s advanced technologies to leapfrog poor road infrastructure, especially in many cities, towns and villages across Africa.

What Makes The Ultimate Dream Job?
Understanding Chinese investment in Africa
Did China make the rest of the world aware of the opportunities in Africa?
How Europe Underdeveloped Africa
Top 10 African Countries with the Biggest Economy
SA Flags To Be Flown At Half Mast For Fidel Castro- This Is Why
The Only Thing Dark about Africa is Your ignorance

In this TED Talk, Andreas Raptopoulos describes an interesting opportunity that uses an electric, autonomous, aerial vehicle that can transfer up to 2 kilograms of payload across a distance of 10 kilometers in just about 15 minutes.

These flying drones, which will make up an ultra-flexible automated logistics network, will help to significantly decrease the time and effort required to move critical goods across distances.

This concept, which Andreas describes as Matternet, incorporates flying vehicles, landing stations and routing software that will pick up and deliver loads across large distances.

And guess what? The cost of transporting a package using this concept is just $0.24. And costs are still coming down.

This idea has the potential to help Africa leapfrog bad roads the same way the continent leapfrogged telephone landlines straight into mobile phones, and totally transforming the continent!

Enjoy the video below!