The Top 10 Biggest Banks in Europe 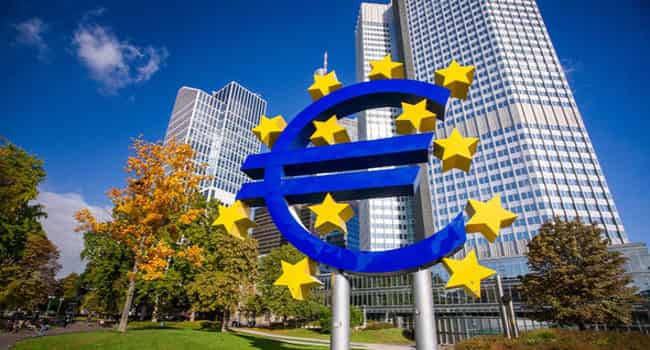 The Top 10 Biggest Banks in Europe – With the recent economic turmoil in the Euro zone, have you ever wondered what the biggest banks are on this side of the world and if they have a strong enough balance sheet to handle such crisis? Aside from being extremely prominent in the European industry, many of these financial institutions are also some of the largest banks in the world. This article is about The Top 10 Biggest Banks in Europe.

Four of these are headquartered and based in France. When the total assets of these 10 banks are combined, they have approximately $21 trillion. HSBC Holdings makes it to the top of this list, with its assets amounting to more than $2.68 trillion.

The Top 10 Biggest Banks in Europe

Group BPCE is a relatively new introduction to Paris, France’s banking and financial services industry, but it has managed to grow and expand significantly. Aside from banking services, the company also sells a wide variety of insurance products. It was formed in the year 2009 by the merging of the Caisse Nationale Des Caisses D’épargne (CASA) and the Banque Fédérale Des Banques Populaires (BFBP). The organization now has more than 8,200 offices nationwide. Around 40 million consumers do all of their banking with this institution, ranging from individual customers to professionals, small to medium enterprises, and large enterprises based both in France and overseas.

ING Group is a Dutch multinational financial and banking services corporation. It is headquartered in Amsterdam, Netherlands. The primary areas that the institution specializes on include retail banking, commercial banking, direct banking, investment banking, insurance services, as well as asset and wealth management. ING actually stands for Internationale Nederlanden Groep, or International Netherlands Group in English. There are over 84,718 people working for this corporation. It has been reported that the ING Group currently has total assets amounting to $1.5 trillion.

READ ALSO  Network Your Way to a More Profitable Business

Societe Generale S.A., also known as SocGen, is a multinational financial and banking services company and its headquarters can be found in Paris, France. It is actually a universal bank that has been split into three different divisions, namely: 1) Retail Banking and Specialized Financial Services, 2) Corporate and Investment Banking, and 3) Global Investment Management and Services. The products and services being offered by the company include retail and private banking, investment, corporate banking, investment management, and insurance. Societe Generale employs more than 171,900 people and has total assets of $ 1.59 trillion.

Banco Santander, S.A., which is run by the Santander Group, is a Spanish financial and banking services company. It is headquartered in Santander, Spain. It has been ranked as one of the world’s largest banks because of its prominent presence in terms of market capitalization. The group has been able to expand over the last few years through various acquisitions. It operates in Europe, North America, Asia, and Latin America. More than 186,700 people work for the company. Banco Santander has reported assets amounting to $1.6 trillion.

The Royal Bank of Scotland Group, also commonly referred to simply as the RBS Group, is an insurance and banking holding company. This British financial institution is based and headquartered in Edinburgh, Scotland, United Kingdom. The group has operations in many different banking brands, all of which offer clients with both personal and business banking services, private banking, corporate finance, and insurance.

It also runs branches scattered throughout Asia, Europe, North America, Ireland, and the UK. As of 2012, the company has been reported to have more than 150,000 employees. The Royal Bank of Scotland Group has total assets amounting to $1.9 trillion.

Barclays PLC is a multinational financial and banking services company and its headquarters is located in London, United Kingdom. This universal bank has operations in investment banking, wealth management, retail, wholesale, credit cards, and mortgage lending. It operates in more than 50 different countries and territories. The company now serves around 48 million customers. Barclays PLC has more than 139,000 employees and total assets amounting to $2.4 trillion.

BNP Paribas, headquartered in Boulevard des Italiens, Paris, France, is one of the largest global banking groups in the world. Its inception was due to the merging of the Paribas and the Banque Nationale de Paris (BNP) back in 2000. In 2012, it received fourth place in the Forbes and Bloomberg lists of the largest financial and banking institutions in the world.

There are more than 200,000 people employed by the company. It was reported that the total assets of BNB Paribas amounts to $2.5 trillion.

The Credit Agricole Group S.A. (CASA) is reported to be France’s largest retail banking group. It is also the eighth largest financial services company in the world and the third biggest in Europe. Aside from offering banking services, the company also deals with insurance and asset management. Its headquarters lie in Paris, France. The company has employed more than 161,000 people and has total assets amounting to $2.58 trillion.

Deutsche Bank, which literally translates to ‘German’ bank, is a German international financial and banking services company headquartered in Frankfurt, Germany’s Deutsche Bank Twin Towers. More than 100,000 people are employed by the company in more than 70 countries. Its large presence is prominent in the Americas, Europe, Asia-Pacific, as well as in emerging markets. In 2009, it was reported that the financial institution was the world’s largest dealer in terms of foreign exchange, with its market share being 21 percent. Deutsche Bank’s total assets amounts to $2.6 trillion.

READ ALSO  Africa Top 10 Problems: Not the ones You were thinking about!

HSBC Holdings P.L.C., which was founded by Thomas Sutherland, is a British multinational financial and banking services organization. Its headquarters can be found in London, United Kingdom. It was established by The Hong Kong and Shanghai Banking Corporation in London in the year 1991 to act and serve as a new holding company.

The original branches can be found in Hong Kong and in Shanghai, where they were opened back in 1865. With more than 7,200 offices across the globe in 85 different countries and territories, there is no wonder as to why this bank is one of the largest financial institutions in the world. Its branches are scattered all throughout Asia, Africa, North and South Africa, as well as in Europe. With more than 89 million customers and total assets of $2.68 trillion, HSBC Holdings deserves the number one spot on this list of the top 10 biggest banks in Europe.