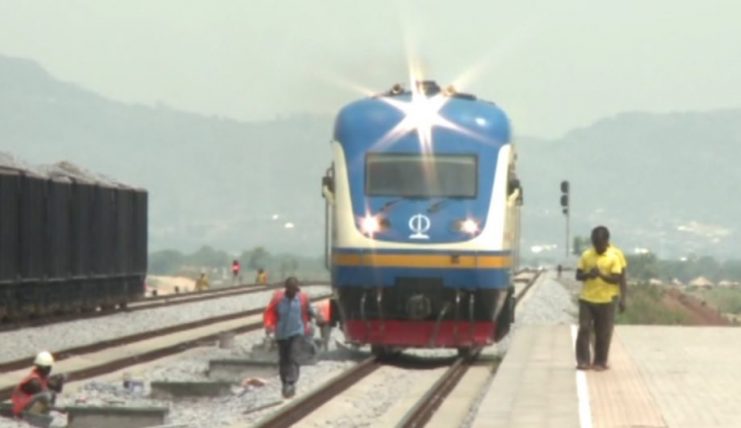 Nigeria Soon To Become Home Of Africa’s Fastest Trains. A report from Nigeria confirms that the Nigerian Railway Corporation is soon to launch what will be Africa’s fastest trains.

The corporation made an order for 10 trains which were built by China Railway Rolling Stock Corporation (CRRC) Nanjing Puzhen Co., Ltd. They are expected to be Africa’s fastest trains running with a design speed of 160 km/h.

Gbenga Ashafa, chairman of the Nigerian Senate Committee on Land Transport, reportedly inspected the trains on Tuesday September 12, in China.

In his speech he expressed his optimism for the proposed construction. He believes it will be of great importance in Nigeria as well as an investment that is worth the while for China.

“Allow me to seize this opportunity to tell you that Nigeria is a fertile land that is open to foreign direct investments. With our growing population and skilled manpower, you are not only guaranteed your return on investment, but also local content with which to maximize your investments.”

“Let me quickly state, that I am here in my capacity as the chairman of the Senate Committee on Land Transport to represent the people of the Federal Republic of Nigeria. What this translates to, is that I must work together with this contingent to ensure that the coaches we are here to inspect before delivery are befitting, contemporary and justify value for money.”

Trains were once an efficient means of making shipments. Unfortunately they short-lived their importance

The Nigerian railways took their existence during the colonial era, courtesy of Great Britain. Similar to all former British colonies, they were built to the 3 ft 6 in (1,067 mm).

According to Wikipedia, Nigeria has two major Cape-gauge rail lines:

Rail transportation was introduced into the West African country under the British colonial government. By 1896, the construction of a railway from Lagos Colony to Ibadan had kicked off. From there the operations extended to Minna

The northern government takes credit for the construction of Baro–Kano Railway.

By 1912, the 2 lines were amalgamated to become the Government Department of Railways, which is today known as the Nigerian Railway Corporation.

The NRC started operations on October 3, 1912, as a national civil service department with a total route network of approximately 1,496 kilometers. NRC created employment for nearly 30, 000 people.

Even though grossly dysfunctional at the moment, the Nigerian Railway Corporation is still in charge of rail transport.

The Nigerian rail transport died to series of challenges like funding, maintenance, inefficiency, lack of business versatility and several other transport competitions.

In the modern dispensation, train transportation still has its perks for ordinary commuters and business interests. Thus, why the Nigerian federal government are insistent on reviving the rail transport.

Some of the ways of doing so was via technical partnership agreement with RITES of India and Nigeria-China bilateral pacts. Nigeria has spent about $427 million to restore the eastern line from Port Harcourt to Maiduguri.