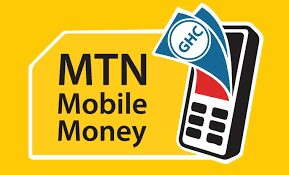 MoMo fraud boys under pressure as MTN, other telcos bite back. Mobile Money fraud reached a crescendo in the last couple of years — proving a nuisance to MoMo customers and an embarassment for MTN Ghana. In the last few months, however, the menace has noticeably been on the decline with fewer complaints of victimhood being reported. Well, it turns out that MTN Ghana and the other local telcos have collaborated to fight the canker and eliminate it altogether.

Previously, all the MoMo fraud boys had to do was buy and register a new SIM card for their operations. That modus operandi hit a snag when the telcos insisted on registering all phone numbers. Somehow, they found a way to continue the practice.

However, in a new turn of events that is sure to cripple the average MoMo fraud boys, MTN Ghana and the other telecom service providers have agreed to look out for each other by blocking the IMEI of every mobile phone associated with fraud — just so such phones can never be used in Ghana ever again — making Mobile Money fraud an expensive venture to undertake.

While MoMo fraud has noticeably gone down and this new development is certain to bring it down further, we can only fully defeat this canker if people will remain vigilant and protect themselves against falling victim.