Investing in Africa: misconceptions and realities 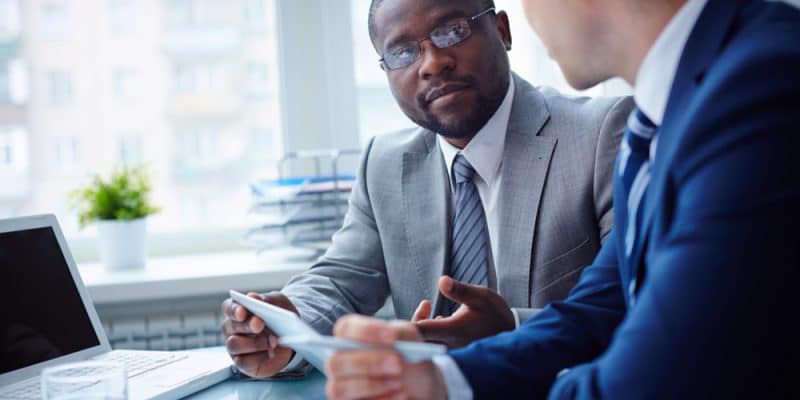 Investing in Africa: misconceptions and realities

It’s impossible to know everything about this huge and diverse continent (the second largest in the world by land mass and population) so my team’s approach has been to keep our minds open to the growth possibilities while keeping our eyes open to the potential risks.

There is often this idea that “Africa is Africa,” as if every country there is the same. Most people don’t realise how diverse the landscape, the economies and the people are. There are more than 1,000 languages spoken on the continent, with climates ranging from hot deserts to tropical rainforests to frozen glaciers.

A common misconception is that Africa is plagued by social ills. We don’t deny violence, political unrest and poverty exist in areas in Africa, and we have to be cognisant of these serious issues. But that’s not the whole story. There is also natural beauty, cultural diversity, and business progress taking place. I’ve often been asked whether I have felt unsafe traveling in underdeveloped countries, but I’ve been fortunate enough to say my most frightening experience in Africa has been getting stuck in an elevator!

An important part of our investment selection process is conducting in-depth research on each company we consider, and making long-term projections based on company characteristics and the environment that company exists in. Long-term stories can become very short-term in frontier markets because of the generally faster growth and dramatic changes taking place as a result of faster communications and the entry of large amounts of foreign investments. Nevertheless, in many cases, we need to be patient and allow the long-term story to unfold.

I’m a firm believer in the value of first-hand experience, which is why my team and I visit as many countries, and companies, as we can. Talking to people face to face provides valuable insight into the real life difficulties they must manage. An issue that some companies in Africa have been confronting is how to operate successfully in an environment where there are government restrictions and, unfortunately, corruption. We know there is corruption all around the world, but it is certainly salient in Africa. When we visit a company there, we can’t assume that the tax rate we see on paper is the actual tax rate that the company has to pay; there may be other costs hidden under the table. The good news I have found is that many government leaders are increasingly willing to talk about the problem openly, and seem to be working to find ways to stamp it out.

Another problem in some African countries is infrastructure, or, rather, the lack thereof. We have learned that if a company is running a factory, it may not have access to public power and has to generate its own power. We look at specific obstacles like this that could impact a company’s operations, and at what cost. These are things that are less likely to be ascertained by just looking at balance sheets or profit-and-loss statements.

Not all roads lead to ‘yes’

At first blush, you might think infrastructure, being underdeveloped in many places, would present a compelling investment case. However, the opportunities may be limited in Africa because of government monopolies or subsidies. For example, electricity in Nigeria is subsidised and subject to restrictions, which make it generally unprofitable to be in the business of power generation there. Similarly, when a government is subsidising the price of gasoline, it’s difficult to run a profitable refinery. These are the sorts of details we have to consider in each country we visit.

These potentially problematic policies do seem to be changing in many places across Africa, which I think is a good thing. With the support of the World Bank, the International Monetary Fund (IMF) and other international organisations, we are gradually seeing a more business-friendly climate in many African countries.

Another tempting assumption is that Africa’s future is dependent solely on raw commodities like oil, cocoa, and minerals. Natural resources and mining are very important, and of interest to us as investors, but the economic growth drivers in Africa are as diverse as information technology, electricity, beer and cut flowers. Many Europeans probably don’t realise there’s a good chance the roses adorning their tables were grown in Africa, flown in by high speed jets and part of a complex and efficient distribution system.

We are also interested in industries and sectors tied to the rising power of the consumer. There is a need for banking services (particularly mobile banking) and penetration of telecommunications in many African countries is very low, so there’s a good opportunity for growth. Food and beverage companies have also piqued our interest. There is a growing middle class in Africa, with evolving tastes. For example, Nigerians have a particular thirst for one of Ireland’s iconic domestic beers – more is consumed there than in Ireland!

Africa appears to hold a lot of potential for growth and we believe many countries there could remain global growth leaders in the coming years. The IMF has projected that during the next five years, 10 of the 20 fastest-growing economies will be in sub-Saharan Africa, and two will be in North Africa. Growth of course is important, but it’s not just the rate of growth but quality that is important for Africa’s long-term potential to be realised. The burgeoning middle class needs to be nurtured and supported, with a little help from prudent policy, and a constructive global economic backdrop. For the patient investor, Africa appears to be a story worth revisiting for some time to come.

READ ALSO  THE WORLD; An Ignorance of Africa As Vast as the Continent