How to steal from Africa, all perfectly legally (If you consider yourself smart, read this) 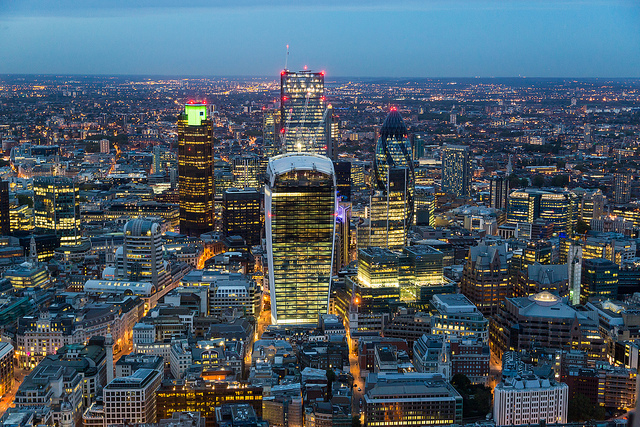 When UK PM David Cameron opens the Anti-Corruption Summit on 12 May, we should be aware that the greatest fraud perpetrated on the majority of the world’s citizens is all perfectly legal.

Africa loses at least $50 billion a year — and probably much, much more than that — perfectly lawfully. About 60% of this loss is from aggressive tax avoidance by multinational corporations, which organise their accounts so that they make their profits in tax havens, where they pay little or no tax. Much of the remainder is from organised crime with a smaller amount from corruption. This was the headline finding of the High Level Panel on Illicit Financial Flows from Africa, headed by former South African President Thabo Mbeki, a year ago.

This amount is the same or smaller than international development assistance ($52 billion per year) or remittances ($62 billion). If we take the accumulated stock of these illicit financial flows since 1970 and factor in the returns on this capital, Africa has provided the rest of the world with $1.7 trillion, at a conservative estimate. Africa is a capital exporter.

The rest of the world didn’t take much notice of the Mbeki Panel’s findings until the Panama Papers revealed the extent to which this is just part of a global phenomenon. The rich aren’t being taxed. The rest of us pay for everything.

The OECD calls the phenomenon ‘base erosion’ (referring to the emasculation of the tax base of the affected countries) and ‘profit shifting’. The beneficiaries are a small fraction of the world’s wealthiest 1%, and the secrecy jurisdictions (aka tax havens) where they sequester their money. These locations include the City of London, numerous British overseas territories, Switzerland, and new entrants to the global business of looking after the monies of the hyper-wealthy and ordinarily wealthy, who would prefer not to pay tax. Countries including Mauritius, the Seychelles, Botswana and Ghana are seeking to enter this competition.

And the vast majority of this is perfectly legal.

This dimension of unethical financial activity isn’t captured by Transparency International (TI) and its Corruption Perceptions Index. That index is, as it says, a measurement of perceptions. But of what andby whom? As the UN Economic Commission for Africa recently observed, it relies on asking key power players in a nation’s economy what they think of the level of corruption. Many of those are foreign investors. Using this approach a country like Zambia will unsurprisingly tend to rank high on corruption – 76 worst out of 168. Meanwhile, Switzerland will rank low – 7th.

But the perfectly legal transfer of the wealth of Africa to Europe isn’t captured by this index. As TI notes, “Many ‘clean’ countries have dodgy overseas records”. Consider this: the number one destination for Zambian copper exports is Switzerland, which in 2014 accounted for 59.5% of the country’s copper exports. Yet Switzerland’s own imports that year scarcely contained any mention of copper at all. Had the African country’s main exports just vanished into thin air? The 2015 figures suggest that in fact much of these exports were destined for China (31%), though Switzerland remained the number one destination (34%).

The answer to where the money goes lies in accountants’ alchemy. International corporations present their books in such a way that they pay as little tax as possible in either Zambia or China. And they don’t pay much in Switzerland either – because the Swiss don’t demand it.

Suddenly the ranking of Switzerland, 69 places ahead of Zambia in the honesty league, looks a bit suspect. But of course it’s all perfectly legal.

READ ALSO  Africa Top 10 Problems: Not the ones You were thinking about!

From Zambia’s point of view, what counts as corruption is defined by the rich and powerful. When their country is robbed blind by clever accounting tricks, against which their government and people have no recourse, it is just the operation of a free market controlled – as free markets so often are – by corporations that have enough power to set the rules.

Political money in a political marketplace

Another little noticed but significant feature of illicit financial flows from Africa is that there are occasional reverse flows. The movements back into African countries aren’t as big as the outflows, but they are important. What is happening here is “round-tripping”: spiriting funds away to a safe place so they can be brought back, with their origins unexplained, and no questions needing to be asked.

The same multinational corporation that is defrauding an African country can pay money into the offshore account of one of its political leaders. Or that leader can whisk funds away by other means. Our main concern here isn’t the money invested in real estate in France, yachts, fast cars, or foreign business ventures. These are personal insurance policies in case things go wrong at home, or tickets to the global elite club. Rather, our concern is the cash kept liquid, to be brought back home when needed – the money brought back to fix elections, buy loyalties and, in sundry other ways, secure leaders in power. These are political budgets par excellence: the funds used for discretionary political purposes by political business operators.

In the United States, almost any kind of political funding you can think of can be done in a perfectly legal manner, given a smart enough accountant and lawyer. Political Action Committees can spend as much money as they like in support of a candidate. Campaign finance is essentially without a ceiling.

In Africa, political finance laws range from lax to non-existent. Spending vast amounts of money on winning political office – or staying in office – offends no law. The monetisation of politics is one of the biggest transformations in African political life of the last 30 years. It is generating vast inequalities, consolidating a political-commercial elite which has a near-monopoly on government office, fusing corporate business with state authority, and making public life subject to the laws of supply and demand. Political markets are putting state-building into reverse gear, transforming peace-making into a continual struggle against a tide of mercenarised violence, and – most perniciously – turning elections into an auction of loyalties.

Political money is discrediting democracy. Some of the transactions that constitute Africa’s political markets are blatantly corrupt, but many are simply the routine functioning of political systems based on the exchange of political services for material reward.

Yes, there is corruption in Africa, just as there is corruption in international trade and finance. But when Prime Minister David Cameron opens the Anti-Corruption Summit next week on 12 May, we should be aware that the greatest fraud perpetrated on the majority of the world’s citizens – notably those living in Africa – is all perfectly legal.