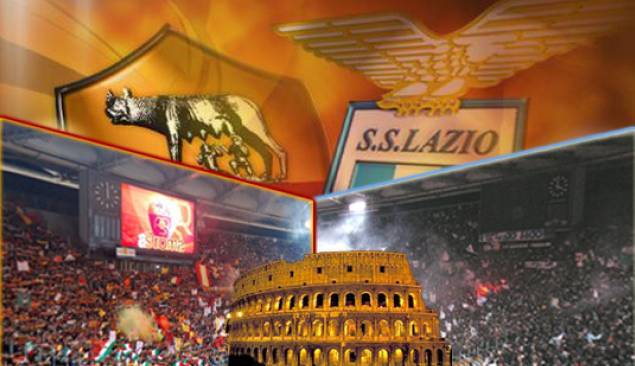 Biggest Football Derbies in The World. Football is born of competition. Matches with principal rivals are always important and give a lot of emotions. Football fans are very passionate about their team and going to a derby is the dream of every fan. We have prepared for you the top 10 most important derbies in football.

The history of the Roman derby goes back to the 100-year mark. In the early 19th century, Italian football was dominated by clubs from the northern part of the country. But in 1927, then Italian political leader Benito Mussolini decided to gather the best players from all over the country and created the Roma football club. The only club that gave up on Mussolini’s idea was Lazio. Since then, a tough and irreconcilable rivalry has begun. During derby days, Rome is divided into 2 parts, and fans often get into fights. The most tragic episode happened in 1979, when a Lazio fan was killed in a riot by Roma fans.

Inter and Milan play in the same stadium, but have different names. In 1899, English workers founded the Milan football club, but after a few years, disagreements began at the club. Some of the leaders wanted to see Italian footballers in the team, while others supported the foreigners. The conflict ended in 1908 when the Internationale football club was founded. Since then Milan and Inter have been competing with each other, the trophy race characterizes their confrontation. Unlike the Roman derby, Milan club fans are calm and rarely get into fights.

Other Greek clubs want to become giants, but Olympiacos and Panathinaikos are still the best in the country. The rivalry between the “greens” and “red-whites” has a social character. Panathinaikos was founded in 1908 in Athens, and representatives of the elite were the whiteners of the clubs. Olympiacos was founded 17 years later in the port city of Piraeus, so ordinary workers supported him. Teams hate each other and fans often fight each other.

The confrontation “Galatasaray – Fenerbahce” is called the intercontinental derby. Galatasaray was founded in the European part of Istanbul, Fenerbahce – in the Asian one. The fans of the clubs are very supportive of their teams, and in 2011 the highest level of noise support was recorded at the Turk Telekom stadium.

Celtic and Rangers fans hated each other, one of the reasons – religious views. Celtic was founded by representatives of the Catholic Church, the Rangers are people with Protestant views. The first match between these teams took place in 1888, and since then, passions have only heated up. In 1927, a massive fight between fans took place, in which 2,000 people took part. In recent years, fans have calmed down but still dislike each other.

Brazil is a football country, and the main confrontation is Flamengo – Fluminense. In 1971, the stadium was attended by 194,000 people during the Flamengo-Fluminense match, a world record. Brazilian superclassico also has a social character. Flamengo was rooted by the working class, and Fluminense was a favorite club for the elite.

Compared to other derbies on our list, the confrontation between Red Star Belgrade and Partizan is young but takes 1st place in terms of brutality. Both clubs were founded at the same time and in the same city. The teams gradually competed with each other, and the derby became widely known due to the fans. Fans get into fights regularly. Fans of Red Star Belgrade and Partizan are considered among the most dangerous in the world.

El Clasico is very popular in the world. Real Madrid and Barcelona are the most powerful clubs in the history of football, they have always competed with each other. In 2000, Luis Figo left Barcelona and moved to Real Madrid. Figo was hated by Barcelona fans and there have been no direct transfers between the teams since then. In each transfer window, Real and Barcelona want to buy the best players in order to be more successful than their principal rival at the end of the year.

We put the Argentine Superclasico in the first place, because the Spanish El Clasico has recently turned into a business. Boca Juniors and River Plate are sworn enemies and the atmosphere at these matches is one of the best. The relationship between fans is very tense, they are ready to kill each other.

P.S I myself dream to see this match live.