THE WORLD; An Ignorance of Africa As Vast as the Continent 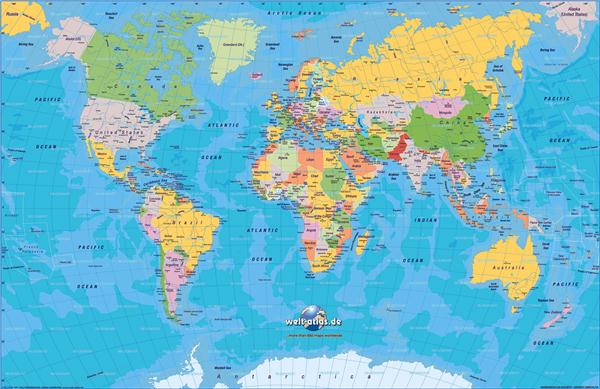 FOR any American living in this city of gleaming skyscrapers and seamless asphalt highways, there is bound to be at least one encounter with another countryman who, roughing it elsewhere on the continent, says of Abidjan: “Of course, that’s not really Africa.”

THE WORLD; An Ignorance of Africa As Vast as the Continent

By the same token, many American blacks who have spent time in African countries find themselves contending back home with the wide-eyed inquiries of friends or strangers who have never visited but see Africa as an idealized spiritual home of brotherhood and democracy.

As commonplace notions like these suggest, and because of the distance imposed by geography, if not by a conflicted history, Africa remains a projection screen for both the most blinkered prejudices and the wildest fantasies. For many Americans, the “real Africa” is a blurred concatenation of game parks, starving infants and genocidal warfare — or it’s a Disney-fied cradle of civilization.

Neither vision, of course, approaches the reality of a continent of some 50 nations and 800 million souls that encompasses everything from the unfulfilled potential of giants like Zaire and Nigeria to the improbably hopeful, newly minted realms like South Africa and Eritrea. The sweep of the continent provides enough material to bolster any pride or prejudice.

The rose-tinted version of this continent was recently paraded in Ghana at the first convention of the Nation of Islam held outside the United States. One speaker after another described Africa as a place whose problems could almost all be explained by divisions sowed among blacks by whites bent on despoiling and pillaging the land.

“We were navigating the oceans when Europeans still thought the world was flat,” said one speaker, Rahbee Ben Israel, leader of a black Jewish sect who attributed Africa’s problems to what he called a “famine of truth.” The message of his lecture, like many others during the convention, was that the mere awareness of the continent’s past greatness would set blacks free.

READ ALSO  Want To Make Money In Africa? Start by Solving Any of These 5 Serious Challenges

Such exaltation of Africa’s past, which has enjoyed a certain vogue in recent years in the United States, has come under attack from many African intellectuals. At best, the oratory and cant are viewed as a time-wasting diversion from the work of economic development. At worst, it is regarded as intellectual scaffolding that obscures the failings of many African leaders and justifies authoritarian tendencies in the name of cultural originality.

“The Africa of nationalisms has exhausted its resources,” the Cameroonian sociologist, Axelle Kabou, wrote in an influential book, “And What If Africa Refused Development?” one of several recent works by African intellectuals deploring the glorification of the past by Africans in everything from poetry to political science.

In post-independence Africa, Ms. Kabou’s book argues, the political use of negritude, which celebrates blackness, helped feed dictatorships like that of Zaire’s Mobutu Sese Seko with its jackboot ideology of “authenticity” that outlawed Western business suits and Christian names, and expropriated, then bled to death foreign-owned businesses in the cause of national sovereignty. Many Preconceptions.

What preceded independence, and its attendant isms, and still lingers is a viewpoint much more pervasive and arguably more damaging than any excesses since. This Africa is the Dark Continent where the popular imagery runs from Edgar Rice Burroughs’s fanciful white ape man to chronic, unchecked tribal massacres to the twin stereotypes of savagery and backwardness.

It is true that 18 of the world’s 20 poorest countries are in Africa, and that the continent is the hardest hit by AIDS and famines of biblical proportions. However, it is equally true, but less well known, that a score of African countries have emerged from one-party dictatorships in this decade, and many of them are thriving. Countries like Ivory Coast and Botswana, Zimbabwe and Ghana often complain that the image of Africa that prevails in the West negates nations like theirs struggling effectively with the challenges of development and democratization.

This thinking is particularly true in the United States, which lacks the familiarity with Africa that European countries have from generations of colonial involvement.

“This continent offers some of the most profitable opportunities for investment anywhere,” one frustrated World Bank official said recently, complaining about the indifference of American business toward serious efforts at reform in countries like Zimbabwe and Ghana. “But how do you get people in the United States to think about investing here when the only thing they know about Africa is Rwanda?”

If many black Americans have been seduced by Afrocentrism’s romanticism, it is clear that even among these Americans, lack of interest, misapprehension and even repulsion are common.

“When I first came to Africa in 1981 on a tour with a group of friends,” said Emmett MacDonald, a black American record producer who lives here, “some of our mothers came to see us off and offered to buy us tents to sleep in and cases of Coca-Cola so that we would be sure to have something safe to drink. For a lot of black Americans there is still a kind of shame that attaches to Africa because of all the images out there.”

For the Europeans, who played a decisive role in shaping boundaries and exploiting the continent’s vast mineral resources, Africa remains a distinctive grid of cookie-cutter countries, each with its own colonial language, each belonging to a putative sphere of Western influence. But for the Americans, particularly filmmakers, writers and other shapers of the popular culture, the continent is still a forbidding, almost undifferentiated land mass, stripped even of the cold war shadings that supposedly enabled them to distinguish the good guys from the bad. Alarmist Jumbles.

Africa, unlike many other regions of the world, is routinely given the broad brush in the American press. Many Africans complain that even serious writing, like the widely discussed article, “The Coming Anarchy,” by Robert Kaplan, which appeared in The Atlantic Monthly earlier this year, makes an alarmist jumble of Africa that betrays American prejudices while trying to explain the continent’s realities.

READ ALSO  Why are coups making a comeback in Africa?

“Each time I went to the Abidjan bus terminal, groups of men with restless, scanning eyes surrounded my taxi, demanding tips for carrying my luggage,” writes Mr. Kaplan, who argues that thuggery is sweeping the third world, filling the void left by vanished ideological struggles.

“The tragedy is that he will mislead a lot of people, and be used by others for dubious purposes, and it will be West Africa that suffers,” an editorialist wrote in West Africa, a regional magazine, replying to Mr. Kaplan’s work. “But this will not be the first time that different parts of the region have been used as passive foils for the psychoses of others.”

Mr. MacDonald, the record producer, took another view. “For Africa, it is like the world doesn’t recognize that there is parallel chronological movement,” he said. “Either we overcompensate and boost it by invoking the past, or we just write it off as one big poverty-stricken phantasm.”